Long before I became the subject of hundreds of photographs by Judd Weiss, I modeled for Peter Paradise of Boston. I posted a few shots of our work together in the past, but as both of our birthdays approach, I wanted to share some of our story, and some of the best work I feel we ever did together.

The next few photographs will include some semi-nudes, so those who would be offended or disinclined to see these (hello, family!) should probably do themselves a favor and not look any further. Spare me the lectures, too.

When I met Peter at a potluck in Boston in 2009, I’d already been made familiar with his work: he had photographed some of my dearest friends. When we spoke, he explained his photography was about capturing the essence of the soul inside the subject, which is why he chooses such dramatic lighting and scenes. He wants to reflect the inner depth of someone; something which naturally has darkness and shadows, where the eyes of the subject bring out our personal fire.

It was with this in mind, we scheduled our first shoot. I brought many outfits so we could get comfortable with one another and eventually my clothes came off. Many people imagine some story of an older photographer convincing a young sexy girl to take off her clothes for pictures or more, perhaps something lewd or inappropriate, but it was never like that – in this scene I was the one who was already experienced with being a nude model and he was the learning beginner, nervous and excited to take his first pictures of this variety. He was tremendously professional and our relationship has always been platonic and familial. We had several shoots after the first.

We even included my birds in some of them, as observed above. He wanted to see me interacting with something I loved. My birds were the perfect addition to the mood of the set – my attitude was motherly, empowered and loving.

We had various props and got playful too – just because I was naked didn’t mean I couldn’t simultaneously play dress up. 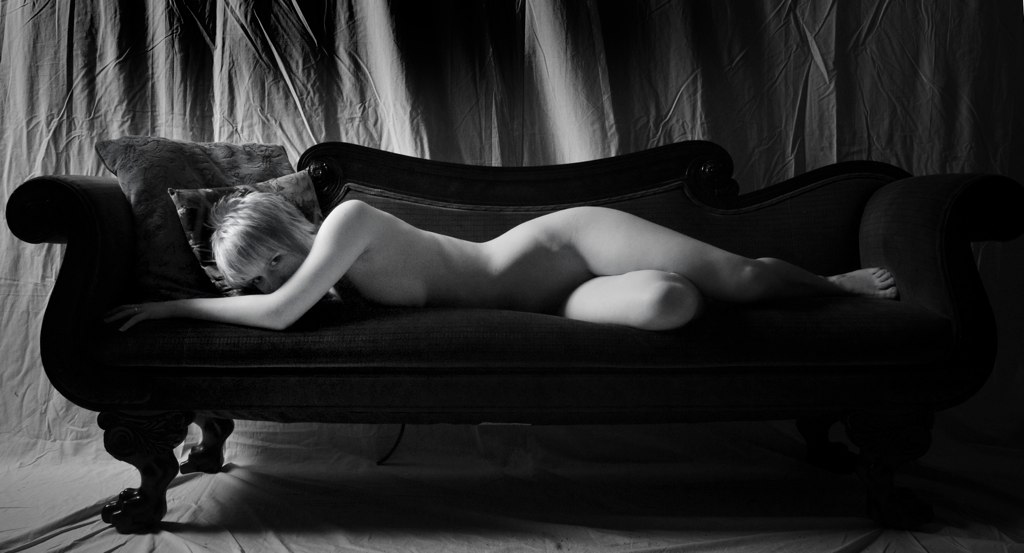 The same scene, same furniture as my prop, could be utilized in different ways, to convey completely different emotions, just minutes apart. I loved that couch.

The next two shots were taken with artificial lighting on the left and a mirror on the right. There were a number of interesting shots from our experiment with light here, but these two were my favorite, as they also utilized my favorite silk scarf. 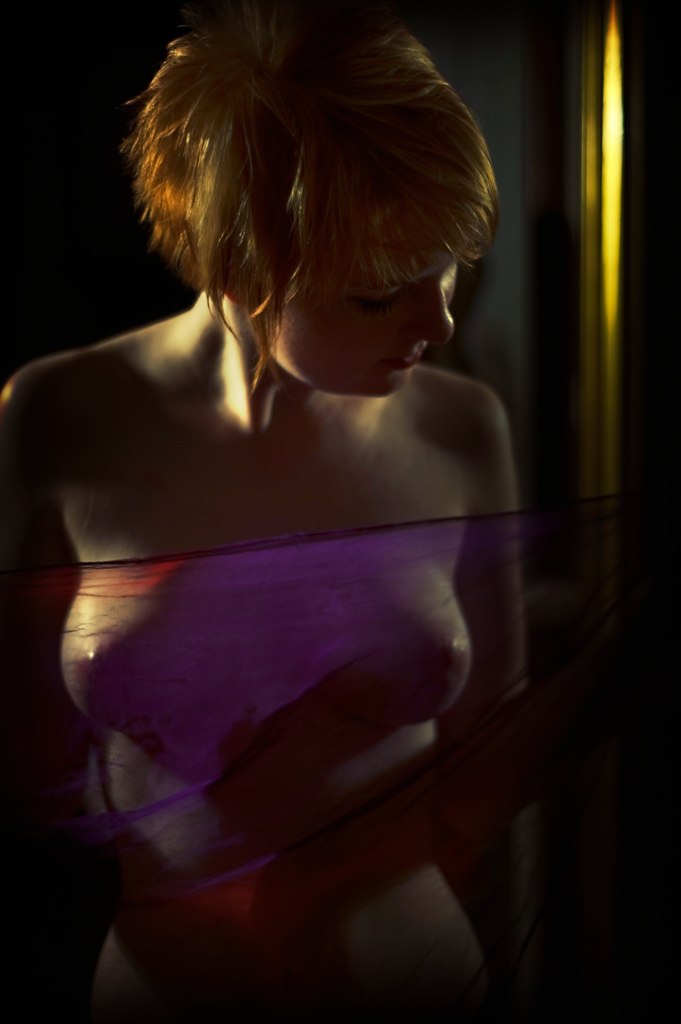 My scarf lent some gentle “modesty” I’ve always appreciated in these shots.

Last of this collection, he took the following photograph, one of my favorite pictures of me ever. I had never seen this self, this me. I genuinely had no concept of this woman inside, outside – I never guessed this is what someone else might see when they looked at me. But for the first time I truly looked at myself and believed what lovers and friends and even strangers had suggested. I really like seeing myself in this way. I feel beautiful.

Every woman should be so lucky as to have this quality of photograph, this care of a photographer, this friendship, this “mirror” – a man who wants to bring out his subject’s soul, who wants to make art of portraits. I am tremendously grateful for these pictures immortalizing myself in my early 20s, and for the love of one of the kindest, gentlest souls I’ve ever had the pleasure of befriending.

I look forward to our next shoot someday in the future, to learn what else he sees in me and brings out in his pictures. In the meantime, I highly recommend his talents to those interested in hiring an artistic photographer in the Boston area. Working with him is a privilege and a pleasure. Knowing him as a friend, even more so.