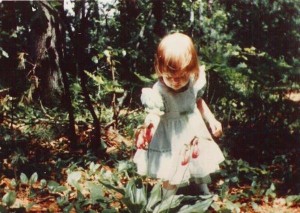 You could call me a mover and a shaker, a dreamer of dreams. That’s what I wrote on my business cards previously. I’m more accurately a work in progress. Home is currently Santa Monica, California.

I got here by way of much random traveling. I was born in Philadelphia, Pennsylvania, and lived and travelled across the country with my family, seeing both coasts and much in between before my 7th birthday. I spent most of my formative years in New England after my parents divorced. I lived the longest period of time in my life in a house in West Manchester, New Hampshire, but I feel like I’ve returned to my most comfortable and cherished home every time I step off at the Forest Hills stop on the orange line in Boston, Massachusetts.

I uprooted my entire existence, my birds and my heart in the Spring of 2010, moving to Venice, California. I made a life for myself in Los Angeles, and I loved it there. I lived on the beach, I had amazing roommates, I saw live bands all the time and partied with celebrities at hotel bars.

Certain life possibilities convinced me in June of 2011 to quit my regular job, move out of my apartment, put most of my belongings in storage and put two suitcases and some camping equipment in the back of my car and live a nomadic existence for the summer. With my two Quaker parrots in the passenger seat and way too much Red Bull in the cup holder, I made my way across the country, from one ocean to the other, and saw quite an interesting collection of snapshots of life in the middle. I returned to the West in late August of the same year (I left California on June 3rd and returned on August 22nd) and now I don’t think I could ever live anywhere else (though I’ve gotten out of the habit of saying “never”).

After some sublet hopping around Santa Monica and west Los Angeles in the fall, I decided to follow my work and life story to Las Vegas, Nevada in January of 2012. Many adventures were had, a book was started (but not finished – yet) and I decided to move back to Santa Monica in June of 2013. I found a job and have begun rebuilding my life there.

My life has brought me many experiences – some I’ve asked for and some I really haven’t, but have accepted and made the best of. Those experiences would make really good stories if I ever bothered to write them down outside of the journals I carry with me nearly everywhere. I have learned a lot of things about the pursuit of happiness and dreams, the pain and heartbreak along the way, and the profound way in which people interact and help shape each other through their respective journeys.

The purpose of my blog and my website is really to motivate me to share these things I’ve learned, as they’re all I really feel qualified to talk about. As I’ve told countless numbers of people: “When I’m faced with a choice, and all the pro/con lists in the world don’t seem to make it any easier, I just ask myself: what will make a better story later?”

So what am I doing now? I spend way too much time on Facebook and Reddit, I write a lot, I don’t sleep enough and I’m a workaholic. I began work in Operations & Business Development for a start-up digital media advertising company in 2014 and it’s one of the most amazing adventures of my life thusfar.

"Avens, you're like the Obi Wan Kenobi of the liberty movement." -Neeraj Chaudhary 2014
This error message is only visible to WordPress admins