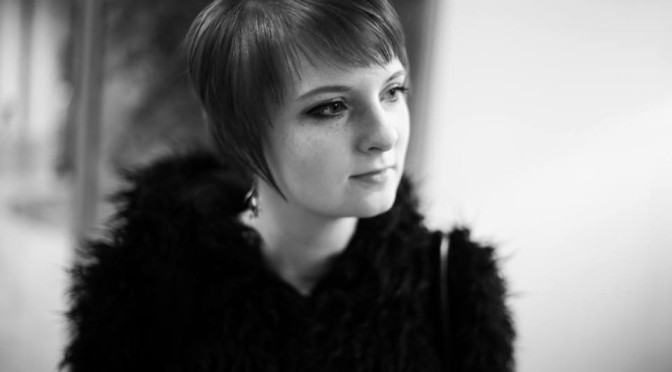 My mother was told by her high school guidance counselor that there was no need for her to go to a four-year college, because she was “pretty” and she’d certainly find a husband. She went to college anyway. She also got married and raised three children – I was born in the 1980s.

I’m an American woman who has never been legally denied those rights above as a result of my gender. That doesn’t mean I don’t experience gender discrimination or sexism or harassment, but at least it isn’t codified by law anymore.

Yet I still cling to the word “feminist”. I’ve used it often to describe myself and more than once I’ve heard someone scoff in response with about as much derision as I use when I hear someone use the term “9/11 Truther”.

I understand the opposition to the term “war on women” – heck, I’m a feminist who hates the phrase because I think dividing the masses into warring factions is a way of distracting from the real problems of power systems. I understand the dislike of describing current American society as “patriarchy”; I even reduced my use of the term, because it doesn’t seem to carry the nuance of a society where power is generally held by few, and both genders suffer under it.

Now, for the record, despite living in a time and place where I am not legally denied the rights I previously mentioned as a result of my gender, I am acutely aware of how close that time was. I often feel like people don’t realize how close.

My mother lived through a time where she was legally inferior to men. That hits home, and makes me tremendously grateful to those women who advocated against law, against tradition, against the common thoughts of the day – that they had a right to their money, their bodies, and the direction of their lives. Thus, my affection for the term “feminism” remains, and I remain inside the movement, believing it to be a liberation philosophy, and I support the aspects of it which reflect that goal.

Many people tell me that if women are no longer legally inferior to men, the feminism fight is over. That there is no need to continue this movement to liberate women from laws that no longer exist. They tell me my rights to birth control and abortion are achieved and I am not in danger of losing them. They tell me I’m being collectivist or sexist because I’m focusing on my gender, possibly to the detriment of the liberty of the other gender.

I hear them. I consider them. I seriously, seriously do.

So here’s another story of women’s rights, this time, in Afghanistan.

In 1941, the first secondary school for women was opened in Kabul.  In 1959, women were officially allowed to unveil. In 1964, women were given the right to vote. Note: Afghanistan had cities like Kabul and also rural areas; often women were still treated as property in rural areas. But things were improving, generally, for women there.

Here are two pictures of women in Afghanistan in the 1970s: 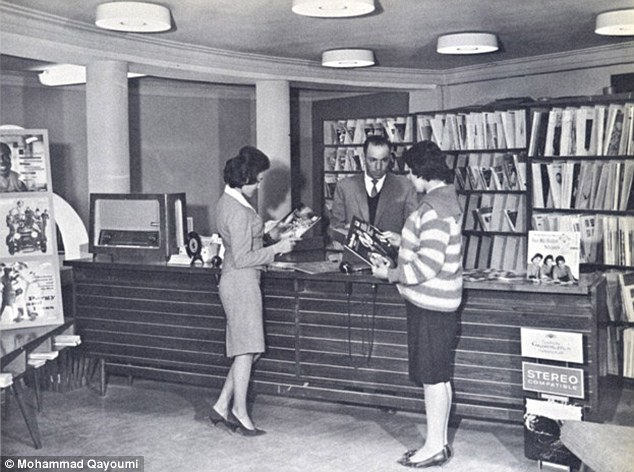 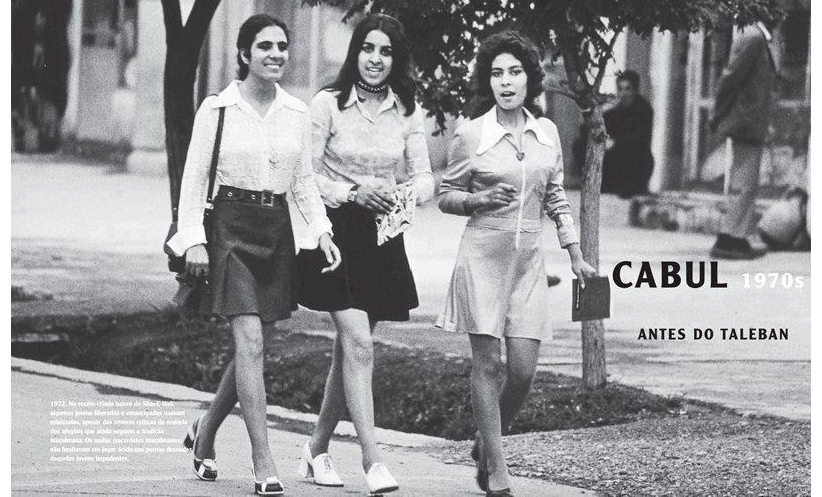 Things were very different than what we typically visualize for that region. Massive social reform happened in the 1970s & 80s, as Soviet Russia supported various parties within Afghanistan. Bride prices were abolished. Girls couldn’t be married under the age of 16. Women were able to go to school, some were doctors and professionals.

In 1979, the United States Central Intelligence Agency began covertly funding and organizing Operation Cyclone, a program to finance and arm the Afghan mujahideen against the Soviets. President Reagan greatly expanded this program, which lasted over ten years and cost billions of dollars. Following the exit of the Soviets in 1989, things were pretty tense in Afghanistan for women, but up until 1995, women were half the working population in Kabul.

The mujahideen became the Taliban. In 1996, the Taliban took over Afghanistan’s capital, and with that, restrictions were immediately imposed. Women were forbidden to leave the house without a male escort, forbidden to work, forbidden to seek medical help from male doctors (and female doctors were outlawed), and were forced to cover themselves entirely.

I don’t think I need to tell you how the Taliban was allied with al-Qaeda, which was responsible for a little thing we call “September 11th”. I don’t need to spell out the details of how in 2001, we started bombing the people we were funding 20 years earlier, and fighting for the re-liberation of a people who we helped oppress two decades prior. I digress.

Afghan women are now re-involved in education, the workplace, politics and more, though they often live in fear of violence as a result of simply being free to do these things I take for granted daily. Thanks to American efforts to end the influence of Soviet Russia, we helped set back women’s rights in Afghanistan by a generation.

Now… do I think that conservative Christians are going to pull a Taliban on American women? No.

Do I think I’m seriously at risk of being housed under sheets that cover every inch of my skin while being beaten for leaving my home without an escort? No.

Do I cry when I realize that women my mother’s age, experiencing the opportunities of voting, education and the sorts of freedoms she was also experiencing suddenly had those freedoms taken from them and their daughters did not grow up free like I did? Absolutely.

I’m aware that for all the rape culture and patriarchy commentary in my own country, for every man who feels entitled to sex from a woman, and for every instance of legislation against my body here in America, there are women all over the world who are killed for trying to go to school. There are women who are raped who are then expected to either marry their rapist, or be killed for their “impurity”. I’m aware that around 125 million women have undergone female genital mutilation.

I am profoundly grateful to live where I live in the time that I live in. It gives me awareness of freedom and where it is lacking. My government does not actively silence my words. I am armed with knowledge, perspective and a voice in a battle against oppression.

Now, as someone who considers myself libertarian, and considers libertarian feminism a real and important movement – I have to ask myself what I can do about women all over the world who don’t experience the freedoms that I get to.

I don’t advocate force, so I can’t advocate war to liberate them. Even if I did, I also see that fighting wars against other oppressive governments (like Soviet Russia back in the 80s) can massively affect the freedom of people in a completely different country. In the meantime, I feel silly complaining about street harassment when I know what these women go through, though that doesn’t make it okay.

But as a libertarian I know that freedom means responsibility. I have to be ever vigilant about my government and my society, so it never falls to something so horrible and oppressive. I need to watch for any signs that it could, for any reason, much like I keep an eye on every social outcry that may result in big government “solutions”. I need to oppose these things. I need to be aware of and supportive of movements of liberation around the world – I can donate to international organizations or send words of support to women fighting wars, daily, for their dignity and humanity.

I am a feminist because of feminists who make me ashamed of being a feminist, because I want the word to mean liberation like it should, and I’ll work every day to make that the case.

I am a feminist because I believe the world is better when women are liberated, when they can stand equally beside men to fight for everyone’s liberation from oppressive social structures and oppressive governments.

5 thoughts on “I’m A Product of Feminism”

"Avens is a vibrant bundle of energy, like the flashy red streak of a Ducati in you peripheral vision. She never shuts up. This is totally fine because you're too busy picking up the gold falling from her mouth to say anything anyways." -Yaakov Markel
This error message is only visible to WordPress admins