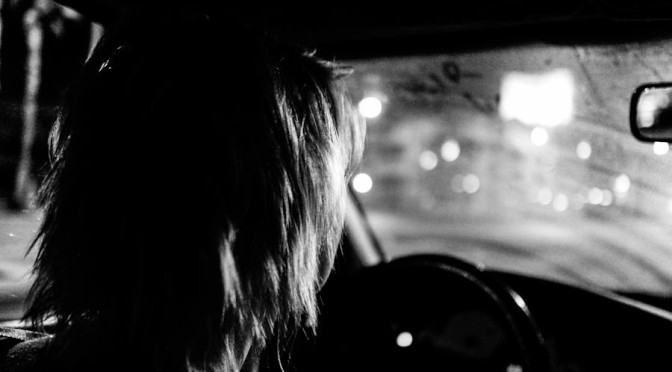 My first official job was as a Sales Representative for a company called Wilson’s Leather. I was a teenager and I loved my job, I loved my managers, I loved all of my co-workers: we were an awesome little family. My store manager was a man named Colin, who has taught me more about work ethic and sales and customer service than anyone I have ever met, and my continued success in sales environments is very much due to his influence.

I moved up from a Sales Rep to an Assistant Manager after a while. I fumbled quite a bit in a managerial role – and I still credit Colin for dealing with me so well as I had to learn the ropes of managing a sales team and being the “manager on duty” with customers. That experience taught me a lot about taking responsibility, owning mistakes, and professionalism.

In February of 2008, we received word that our company was closing hundreds of stores, including ours. It was a knife to the heart: though I knew I had bigger and better things to do than work for Wilson’s Leather the rest of my life (at that point I’d been doing a lot of political work on the side), we were all forced to part ways, and not on our own terms. It was a painful ending – I remain friends with those coworkers and Colin to this day.

As our store closed, we all looked for other jobs, and I was offered a job as an Assistant Manager in another store in the local Mall. I took it, as they matched my previous wages and I had been so scared of being unemployed and nobody else had made an offer yet.

After a couple of weeks I absolutely hated it. It was an awful company that treated its employees like thieves and fuck ups waiting to happen. Upper management was un-supportive, and every employee there seemed to hate their job – maybe just a little less than I did.

The other Assistant Manager at the job disliked me. She got stuck training me, and many procedures were different than I was used to. I asked a lot of questions about the point of certain actions we took as managers, and too often I was being “too helpful” to one customer while “potential teenage thieves” would come in and out of the store, not being stalked after and treated “like the little criminals they probably were”.

I won’t claim this girl’s job was easy, because mine certainly wasn’t, and I gave more push-back than she was probably used to.  One day we accidentally got each others’ paycheck stubs, and we simultaneously learned that she was making much less than I was per hour.

So began her crusade to get me fired. She started showing up to work early and delaying my clock-ins to make it appear as though I was late for my shift. She sabotaged my work and bullied me and caused me to have to ask for mediation from upper management. They told us to work it out.

Finally, she called Loss Prevention and told them I was stealing and abusing drugs. They took me into a backroom and interviewed me for two hours. I refused to admit I’d stolen anything, and called the Loss Prevention manager’s bluff when she claimed she had video evidence (I knew absolutely that she did not, as I had never stolen anything). She backed off that tactic.

She asked me about any drug use while employed, which I denied. Further inquiry led them to asking me to take a drug test, which I countered by asking if they had any evidence that I may be using drugs which may be detrimental to my work performance. They had nothing, and as I don’t believe in drug testing without a reason, I refused it, and they fired me for my refusal.

It was one of the most humiliating experiences of my life. For months I replayed the conversations over and over again, trying to figure out how it all went so wrong. How could I be fired for doing nothing wrong? How could I be fired in the first place? I was actively job-hunting before the firing, since I hated the job so much. It hurt so much because it felt like I’d been planning to leave an abusive boyfriend and he’d broken up with me before I had the chance.

It took months to find another job, and I was unbelievably scared that being fired was some sort of reflection on my abilities or who I was. It certainly didn’t help me find another job, though thankfully another company’s manager who had known me back when I worked at Wilson’s was happy to hire me.

I went on to spend three years with a company that was very good to me before I went on to become self-employed, and eventually taking the job with a financial firm I have now.

But for a long time, I still remembered those two months I spent at that awful store in that terrible job – and the people who questioned me, the Assistant Manager who hated me, and the feeling in my stomach when they escorted me from the premises. It was one of my greatest shames, and something that hurt to talk about for a long time.

I randomly got a message from someone recently, a friend on Facebook who mentioned that she met me during my time at that job (she was a customer one day), and that she has appreciated my friendship and my posts over the many years we’ve remained in touch.

I realized suddenly that I’d forgotten I’d ever worked there. I thought back, and I remembered the experience and many of the details which I’ve relayed above, but the feeling of humiliation and pain about it has massively lessened.

And then I thought about that other Assistant Manager, and I realized I could not remember her name. She mattered so little to the course of my life, though in that moment she hurt me so badly… I can’t remember much about her at all. Just that she was miserable and she made my life miserable.

In that time in my life, that was everything. It was the worst feeling in the world, like everything was crumbling around me. I didn’t know how I’d recover from such a blow. I felt so irresponsible and so ashamed.

But time and distance has made it clear – it didn’t matter at all. It made me a bit more committed to professionalism and being careful who I trust. It made me a little more aware of power structures in organizations and making sure not to speak too casually to someone when I’m not sure where they stand. It was a valuable, painful life lesson that I wish wasn’t a reality of this world.

In 2008, it was my reality, my humiliation, my greatest failure.

Time and distance heal so much. It’s hard to explain that to people in the moment – I had some wise and wonderful people in my life attempt to tell me that it would be okay, that years on it’d be a distant past I’d barely remember. But I had to experience the distance and the time in order to believe them.

I don’t even wonder what that woman is doing right now. I don’t even care. Her name doesn’t even matter in the Book of my Life. And that fact pleases me more than I can articulate.

Our demons and bullies aren’t with us forever, as long as we don’t let them inside us. My bully haunted me for a while, but now she doesn’t even have a name in my mind.