On January 13th, I attended a debate in Santa Monica between Rabbi Michael Gotlieb, Dr. Theodore Drange and Dr. Yaron Brook. The topic was “God vs. Atheism” and both Dr. Drange and Dr. Brook were representing the atheist side. The debate was engaging, entertaining and frustrating, as I have a number of other points I did not feel were properly addressed.

I walked away from that debate wanting to sit down with the Rabbi and engage in more of a discussion about religion, faith & science. I decided to write him a letter, which I will send him, but that I can share publicly to explain my own lack of faith to those who have asked me.

Two weeks ago, I had the pleasure of observing your debate with Dr. Brook and Dr. Drange at your synagogue. “God vs. Atheism” is a silly debate concept to me, as it always boils down to exactly what you led it to at the end: that the concept of God is not a scientific one, and so scientific method cannot be applied.  At the end of the discussion there was time for questions, but I didn’t have the right words for mine yet, and the moment passed by. It took me some time to gather my thoughts.

In the interest of full disclosure, I call myself an agnostic atheist. However, I was raised very religious. Both of my parents are clergy, though not of a Judeo-Christian faith: my mother is a Druid priestess, my father a Wiccan priest. My childhood was spent honoring the deities of my ancestors and their agricultural Earth-cycle based traditions and ceremonies. My childhood was filled with rituals, Tarot card readings, writing poems like prayers and providing religious counsel to others; I was groomed to be a clergy myself. I studied many faiths and was truly and completely a polytheist.

So I know what you mean when you describe God. This idea of something more powerful than we can understand is not a foreign concept to me. But I do not identify it as a god-form. I didn’t suddenly read Dawkins or Hitchens or Krauss or anyone and decide God didn’t exist – my disbelief developed over further study of faith, not through a discovery of atheism. 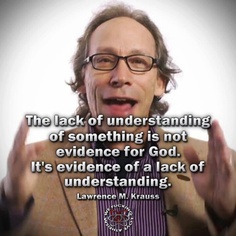 We don’t need to have a debate about Biblical literalism. You and I both know that if someone’s faith is in the Bible being literally true, there is no point in a reasonable discussion – someone who actually believes the world is 6000 years old and that all people came from Adam and Eve cannot be reasoned with on the topic. Significant time and energy were wasted by Dr. Brook & Dr. Drange as they attempted to discredit something you don’t even believe in.

The concept of God is far deeper than that, and you spoke of it eloquently that night.

“If I could describe God, I would be God”, you said. It’s a common phrase amongst those who’ve reached a certain level of religious leadership – I’ve heard it spoken by many a Rabbi and several monks when I attended a Benedictine college. It’s a mysterious idea – one that allows for no answer to be found. It’s a leap of faith, but it’s the sort of leap that inspires the belief that you can fly.

In the meantime, for Dr. Brook, Dr. Drange, myself and the other atheists in the room that night, we attempt to apply science to our understanding of the universe and to this concept of God. You spoke of your love of science that night as well. Science improves our daily lives through technology and innovation. Science helps us understand our biology, our planet and our cosmos. It’s descriptive, so it’s constantly changing and growing as we learn more and venture further outward.

We all start with a similar subjective understanding of our immediate reality, and we question outwards. We begin to understand biology, gravity, and all these daily cause-and-effects that can be described using science. At some point, either the further in you go, or the further out, you come across a blank of information – a mystery. What is our cosmos really? Where is the edge of space? What is really inside an atom?

We do not know all the answers to these questions, and scientists will continue to inquire to try to learn these answers. They’ll theorize, and argue, come up with various parallel explanations and venture into theoretical physics further than the average person would or could care to understand.

I am willing to agree that the contention within faith communities does not “disprove” your deity’s existence. In turn, I ask that you acknowledge that contention within the science community is varied. Many humans have trouble letting go of their original beliefs or assumptions, no matter how strongly they try. This contention does not negate the importance of scientific method.

This is not the point, anyway. As I said,  the further in or the further out you go, there are questions. We reach the limits of our understanding and we ask a question we don’t have an answer for. Science keeps asking. It tries rephrasing the question, or developing technology to help us answer it. Religion makes a leap – this is where God is. God exists in the things we don’t understand.

Once upon a time we didn’t understand how the sun and the moon existed in our sky. We didn’t know why the tides came in, or why volcanos erupted. The people of those days, they decided that’s where God was. But as we began to learn more about our own world, Apollo, Artemis, Poseidon, Pele — they died with our ignorance. They faded into near nothingness, into fond legend and myth, into stories most of us tell with understanding of their falseness.

God, it seems, is a “bucket” for the things we don’t yet understand. Dr. Brook stated that in the discussion that night – it was his best analogy all night. God is a bucket for that which we don’t understand, and that bucket was once very large, and it is progressively diminishing. There is so much more to this universe than we currently understand, and if God is simply defined by that which we do not understand, I suggest that “God” is a word for a bookmark, a placeholder, to be continuously filed down until perhaps it is nothing at all.

There are people in the world who have an interest in keeping God big, in preventing the diminishing of God. People who dissuade the curiosity and doubt – who hate to see faith questioned.  Many people rely on an unquestioning faith, and they find power over others (in families, in societies or in governments) through blind faith. This worries me.

You are not the type of person who needs a blind faith for power. I appreciated that about you in the debate. What I appreciated less was that you were a bit too satisfied with just shrugging and saying “religion is messy”.  Religion is messy. It’s messy in theory, in practice, in debate. Science is messy too. We’ve got a lot of loose ends we’re still working on tying up, and please don’t ask me to explain the platypus.

You said science was great for answering the “how”, but it couldn’t answer “why”.

Why do we live? Why do we cooperate? Why do we have emotions and why do things happen? Why, why, why?

Carl Sagan once said “We are a way for the cosmos to know itself”. 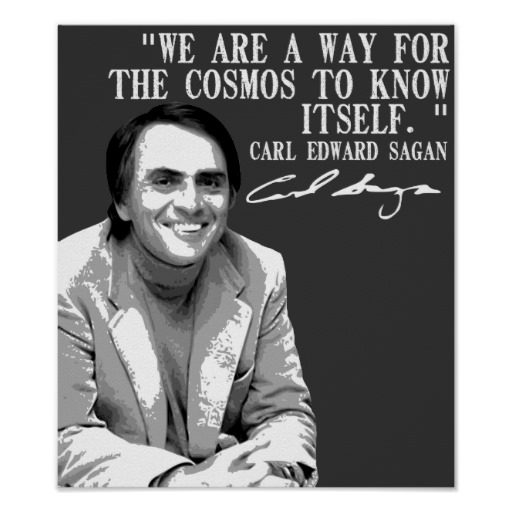 In billions of years, the conditions for our existence have accidentally come about. I look at planets and stars that are not our Earth or Sol, and I see that they’re accidents too. They’re natural experiments and failures of no intent:  just a little too close or too far from exactly the right amount of heat with the wrong combination of elements.

In this time that we are aware and witnessing, these planets could not foster life which could evolve to self-awareness. We have evolved the ability to question our origins, we made up elaborate stories, and have now begun utilizing a method of description and hypothesis to try to explain our surroundings, our experience and our beginnings.

Science is beautiful. Stars explode and disburse elements across space. We deteriorate into energy and matter that is displaced and makes other energy and matter. What we are exists forever, but perhaps lives only once in the way you and I can fathom.

As someone with a great spiritual interest in my own origins, who has considered many religious answers, I begin to conclude as Carl Sagan did: we are a way for the cosmos to know itself. It is a philosophical, moral and biological imperative as a species to attempt to understand everything around us.

My biggest issue with religion is when it doesn’t allow to explore that curiosity. When religious people in power prevent attempts to answer questions that doubt the previous conclusions. When morality gets dictated by words in a book and not truths of love that we witness. When people die because of their religion – either by being attacked for it or being willing to die for it. When religious people actively obstruct scientific discovery; but also when they passively do. When people foster an attitude amongst their young and their faithful that there is no need to seek an answer to that question we’ve encountered at the edge of our understanding: just say it’s God and that’s it.

Based on your statements during the debate, fortunately you don’t seem to be the type to actively suppress curiosity. You seem to enjoy scientific progress as well as debates about morality that lead to more understanding rather than blind acceptance, and you do not condone violence in the name of a deity. You are the best kind of religious leader. Unfortunately, I also wonder what responsibility you bear for fostering ignorance passively.  As a religious leader, at some point you take that leap of faith and conclude God, when the question still hasn’t been answered yet.

I openly admit I do not know, and that the only thing scary about that is the idea of masking the lack of an answer with a placeholder named God.